You remember that wonderful episode of Friends, when someone steals Monica’s identity and she ends up living vicariously through this person’s crazy life, wowed by their spontaneity, and their unbridled enthusiasm to try new things? Then at the end, when she goes along to this tap-dancing class, joining in, even though she’s terrible at it….

Teacher: You in the back, you’re getting it all wrong!

Monica: Yeah, but at least I’m doing it!

I love this scene. I love the idea of getting involved, doing something you know you’ll love, even if you might get it wrong or do it badly at times. But, at least you’re still doing it. At least you’re not sitting on the sidelines, too scared to do it.

I so often think parenting is like that. Sometimes, when I’m driving along, and I look in the rearview mirror, and there’s little Munchkin, her blonde head bobbing about, gazing out the window, shouting inanities at the cows, and I think: “Wow, I’m doing this. Maybe not very well. But, hell, I’m doing it.” 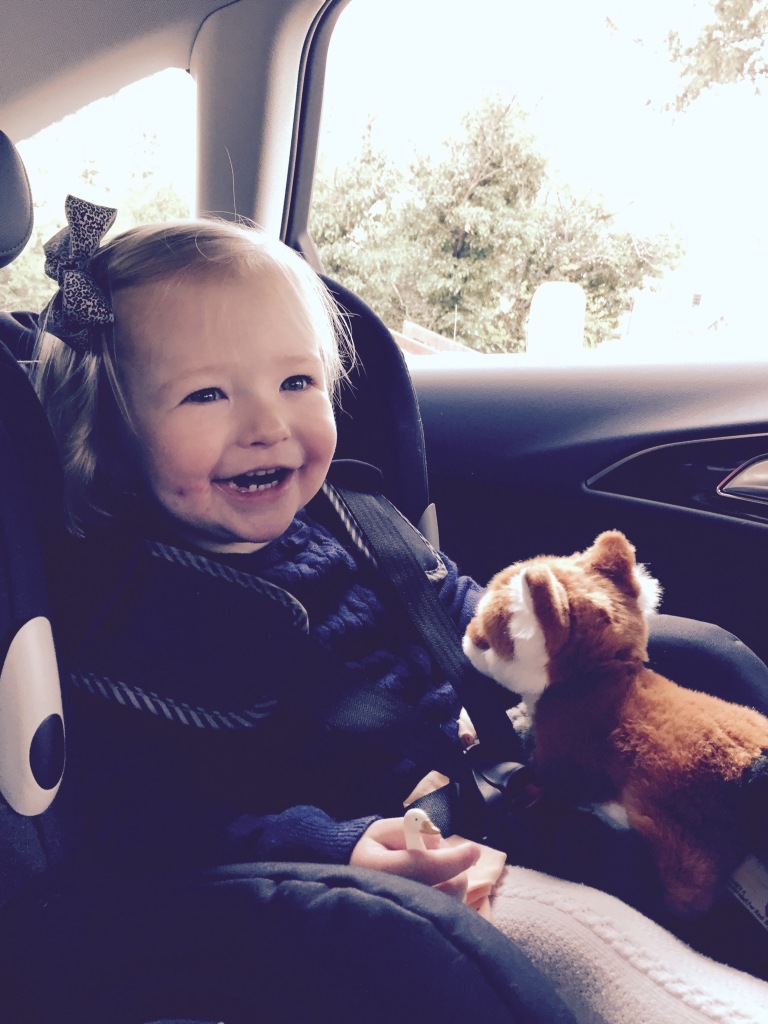 No, really. I do think this. You do need a pat on the back sometimes (because Lord knows no one else is ever gonna give you one). It’s important to remember, through all the self-doubt, the uncertainty, the questioning. That you’re still doing it. You still took that leap of faith. And you did it.

And so should you be. All parents out there. Be proud of yourself. It’s the most important job in the world. And it’s also the hardest. And yet you do it. Every. Single. Day.