Last week, Munchkin and I headed over to Dyrham Park with friends for one of their weekly Toddler Trails – a free event for the under 5s during term time, featuring activities, crafts, songs and discovery in the Park’s glorious gardens.

After negotiating our way down the very steep slope from the car park, in what can only be described as a full-blown hailstorm (note to self: taking shortcuts with children invariably ends badly), we headed through the pretty courtyard to the lawns at the back of the house, just as the sun came out. 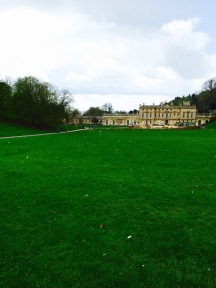 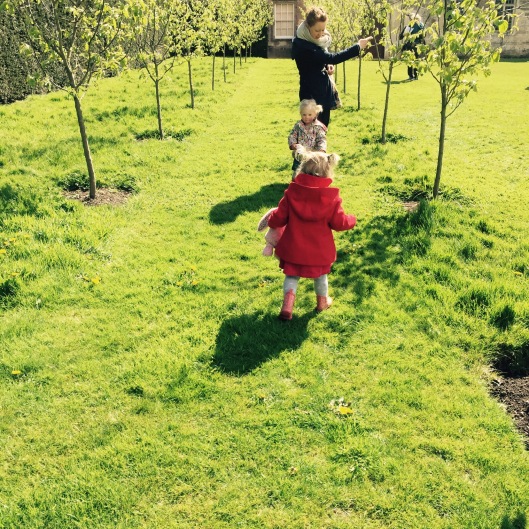 Due to the powers of social media, this was rather over-attended – so over-attended in fact, that we bailed out early to get cake and coffee at the teashop before the hordes descended, because, you know, priorities. 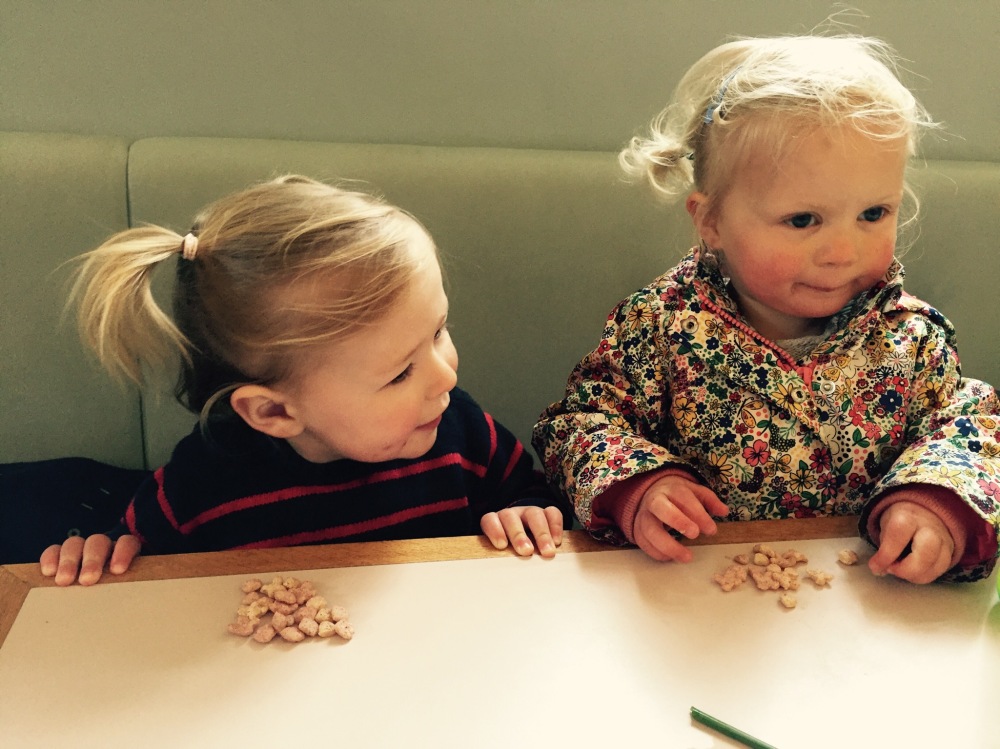 But before that we did that, we did as much joining in as you can do with two willful little girls. There was some singing, which we didn’t want to do, so we held onto a tree and flirted with a boy instead…

There was colour-matching, which we didn’t understand, so we gazed at the tulips and ran too fast down the path instead… 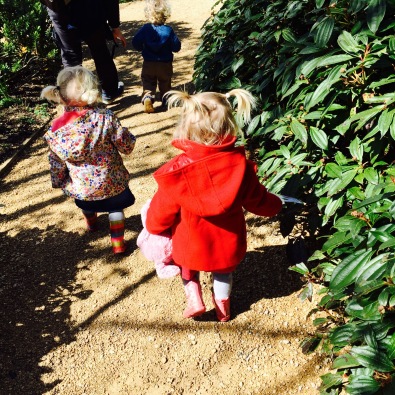 There was finding the items in different pictures printed on a card, which we thought was boring, so we stood and gazed at the gigantic pond in the distance and tried again and again to get to it…

There was more enforced joining in, which we still didn’t want to do so, we sat on a log and ate a breadstick. 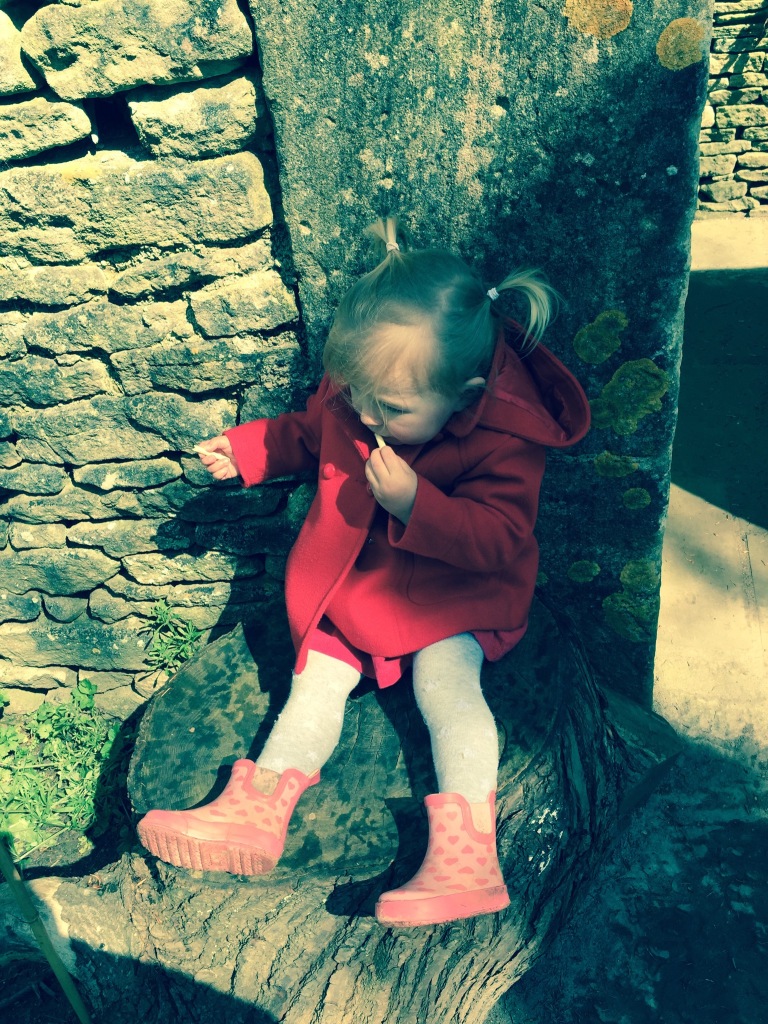 And then there was nest-making – which we didn’t think was going to be very interesting, until someone made a nest for us and put a fluffy squirrel in it. Colour us captivated.

Despite the girls’ lacklustre performance, we had a lovely time. The gardens are beautiful, and at this time of year, the first signs of colour and life are wonderful to behold. It’s relatively easy and safe to walk around with children, especially if you don’t take a buggy, and the twisting paths and hidden woodland hideaways make it interesting enough to explore with or without little ones. 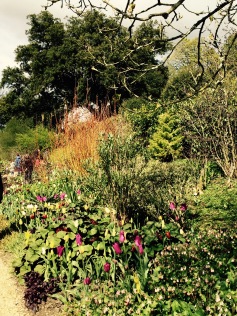 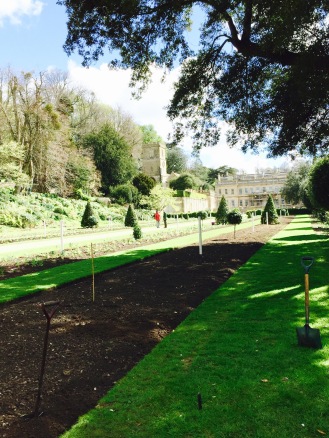 After tea and cake we exited through the gift shop, as you do, and bought some of their stunning tulips and an accompanying flower pot, a lovely little reminder of a classic day with our girls. 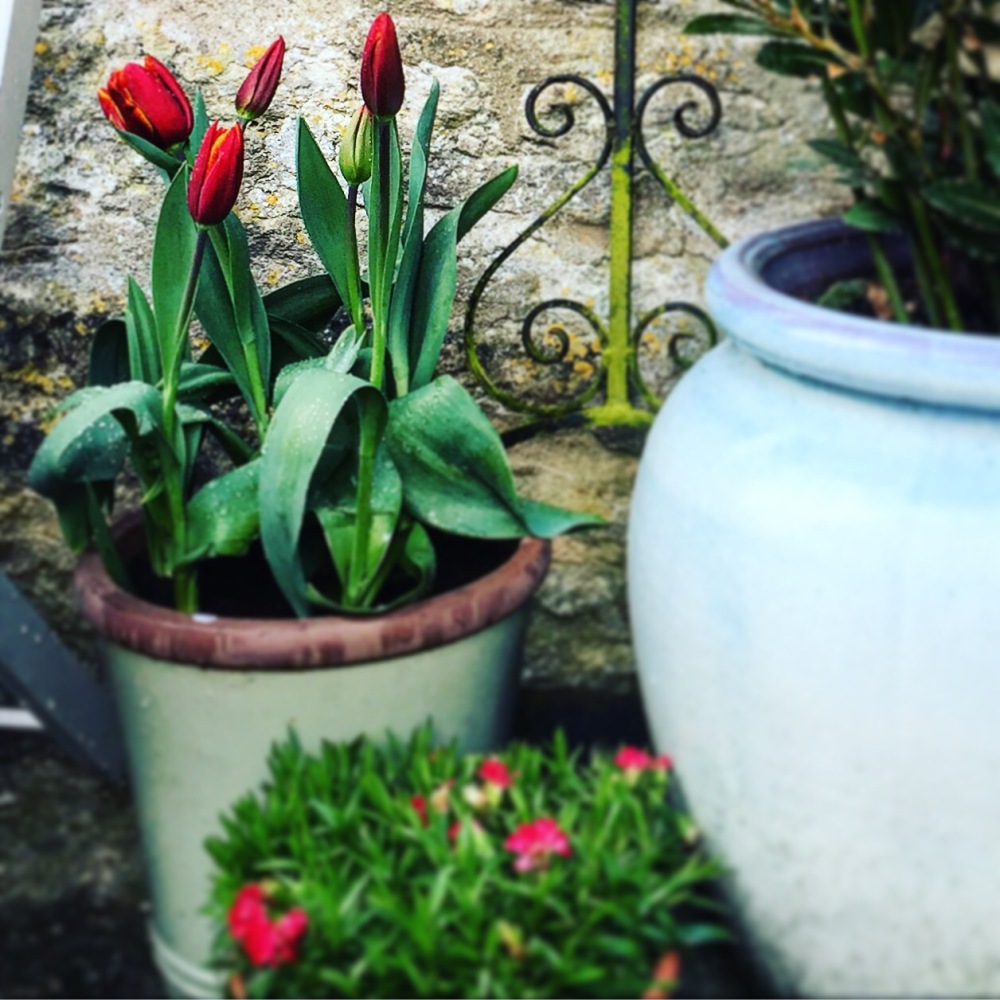 Dyrham Park is halfway between Bristol and Bath, and about 40 minutes from Cirencester and Stroud. Toddler Trails run every Tuesday morning during term-time, 10:45 to 11:30am, entry to the trail is free, £5.20 entry to park and gardens for adults. More info.