There is perhaps one phrase from one of my favourite books of all time, that floors me every single time I read it.

It is one of the most famous – and radical – lines of literature ever written. “Reader, I married him,” says Jane Eyre  in the closing chapter of the eponymous book.

Not only is she addressing the reader (unheard of at the time), but crucially she says – “I. Married. Him” – not “he married me”, not “we got married”. I married him. In those four words, Jane Eyre is catapulted from being just another romantic heroine to something else altogether. She turns to the reader, takes control of the story, and in doing so takes control of her life. Demonstrating throughout the novel incredible inner strength, anger, defiance, as well as kindness, warmth and bravery, she is an fantastic heroine for women, and, as the title character of one of the first books I fell in love with, has made a huge impact on my life.

It was wonderful, then, to go back over the book at the Cheltenham Literary Festival this year. Reader I Married Him is a new collection of short stories inspired by this infamous line, and is edited by Tracey Chevalier, with contributions from Evie Wyld, Emma Donoghue, Lionel Shriver, Salley Vickers, Esther Freud, Audrey Niffenegger and many others – and Chevalier and Wyld, along with chair Nicolette Jones, met to discuss the book and the impact that Jane Eyre has had on them.

Jane Eyre is a timeless book, they said. Discussing it today, it raises as many pertinent questions about women, and love, and power as it did then. Jane’s anger is her strength, said Chevalier. Her refusal to accept the hardships and injustices of her life, her defiance in telling her story, her sense of being her own person and her impressive sense of self are all qualities we simply don’t expect to see in 1847. And, in 2016, they are still things women are trying to wrestle with.

Crucially, said both Chevalier and Wyld, this fiery, principled Jane exists in a time when women were not meant to be active in their own lives, but merely decorative. Jane takes control of decisions affecting her life, she even makes some of them. “Mr Rochester, I will not be yours,” she says, just after the truth of his first wife is discovered.

“Oh Jane. This is bitter. It is wicked,” says Rochester. “It would not be wicked to love me,” he implores.

“It would to obey you,” replies Jane.

Reading this back today, I am staggered by the language. For a woman to state so stridently that she will NOT obey a man, that it would actually be wicked for her to do so, that it would go against her principles, (that she even dares to have any principles in the first place), is nothing short of radical. This is no decorative woman we are dealing with. 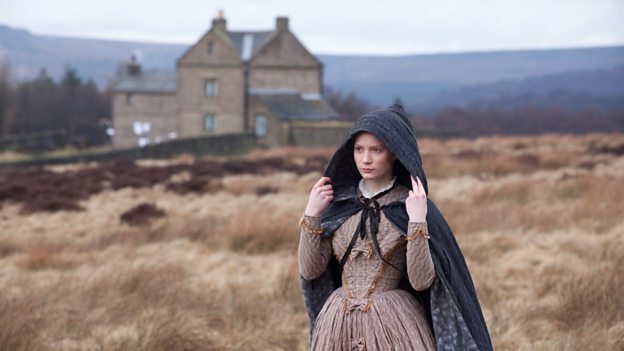 And this idea of the decorative and the active, was examined still further in ’10 Frocks that Rocked the World’ – a talk with Justine Picardie (editor of Harpers Bazaar and Town & Country) and Anna Murphy (Sunday Times style editor) later that day. ’10 Frocks’  looked at those fashion trends or items from the last 100 years that have radically changed both the fashion industry, and – perhaps more pertinently – the lives of women.

Starting with the Little Black Dress, and including Norman Hartwell’s utilitarian wear and Dior’s New Look, as well as Thatcher’s blue suit, Jackie Onassis’ pink suit and Kate Middleton’s L.K Bennett dress – they looked at everything from the impact of Chanel – perhaps the fashion designer that has done most for women, introducing everything from boyish cuts, comfortable style and flat shoes to Breton stripes and black – to the idea of couture royal wedding dresses and the rise of the social celebrity, kickstarted by Liz Hurley in her safety-pin dress. 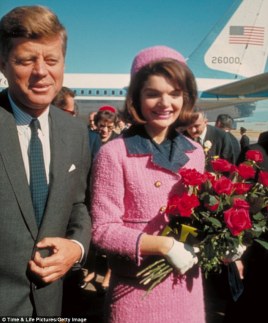 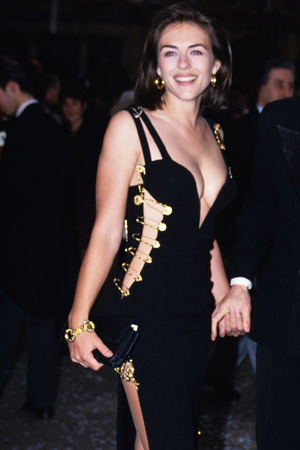 Cut through the entire talk was the dichotomy between whether fashion was responsible for a step change in the lives of women, or it was in fact reacting to these changes. I was fascinated by the discussion of Thatcher’s insistence on wanting clothes that didn’t get looked at, so that what you said was what was noticed. Or the debate about whether the royals should be seen to wearing and re-using high street brands or whether championing renowned British designers and more couture wear was important for state figures.

They discussed the introduction of both trousers and mini skirts, and looked at both Diana’s revenge dress, and, more largely, her incredible impact on the wider fashion world – the ‘Diana’ effect being one of the most important style markers of the 90s – something they said Kate Middleton is yet to even come close to.

It was a fascinating, thought-provoking hour that stepped beyond the simplistic layers of trends and fads, to look more closely at not only how what you wear matters, but what it says about you, and about the life of women in general.

Cheltenham Literary Festival is always a fantastic ten day celebration of literary and cultural delights. If you’re local,  make some time in your diary next year for it. And if you’re not, come anyway.