We missed Stir Up Sunday this year – not because we forgot but because, once I’d read through all the recipes and decided on the best, we realised that the fruit needed to soak for at least 24 hours before mixing with the flour, suet and sugar – so Stir Up Sunday reluctantly became Stir Up Tuesday. 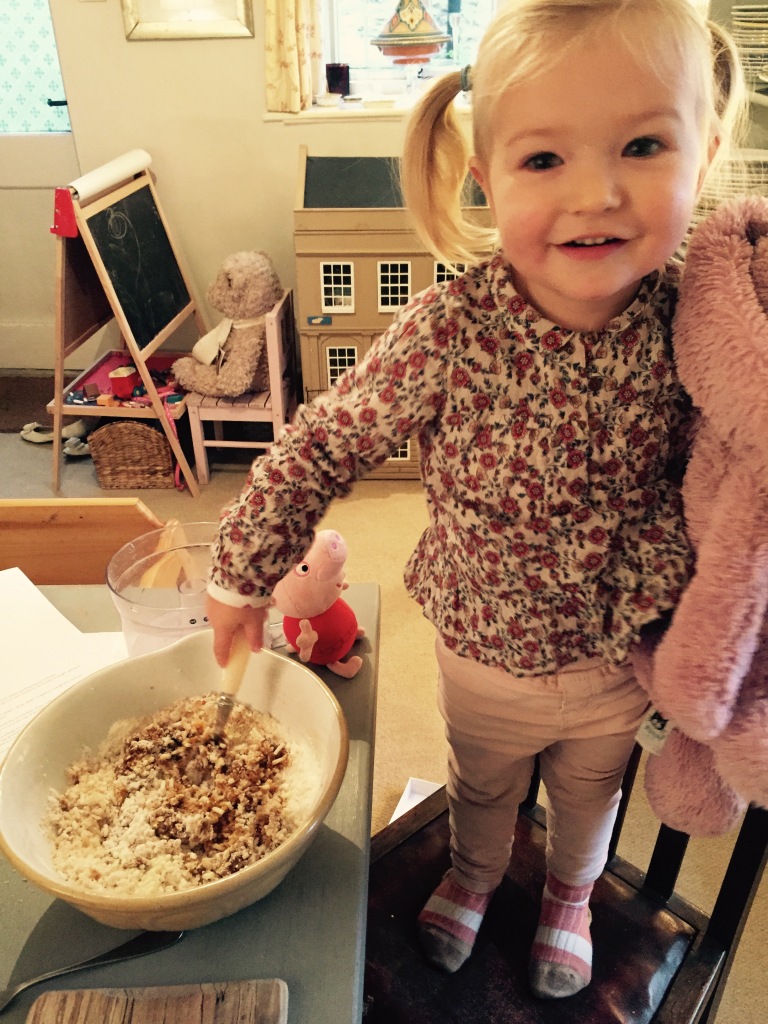 Still we managed to create the right amount of pomp and ceremony, mess, chaos and general pudding madness as we stirred our way to pudding perfection. 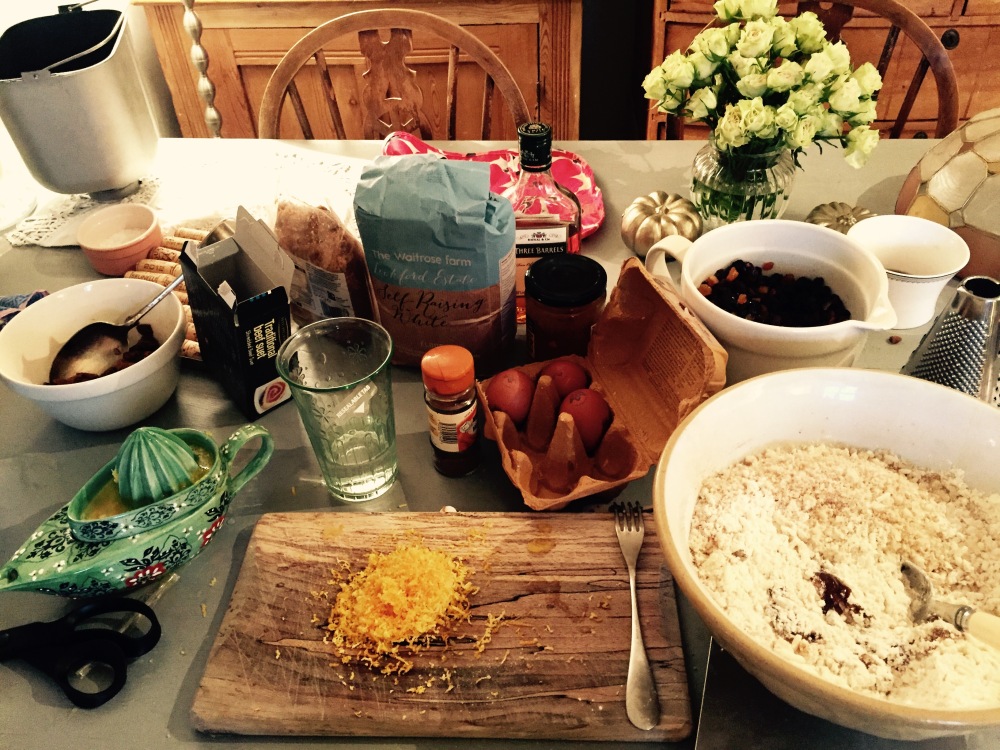 In the interests of research I scanned a few recipes from the important people – Delia, Mary Berry, BBC Good Food – before hitting on this article by Xanthe Clay in The Telegraph that perfectly compares and rates the recipes from everyone you need to know about. I loved the sound of Nigel Slater’s rich pudding with the added bite of figs and the sweet addition of quinces, but was also seduced by Nigella’s concept of soaking the fruit for up to a week in Pedro Ximinez dark sweet sherry  and loved the inclusion of a recipe from 1845 calling for fresh beef suet (the fat from around the kidneys) which led to an unctuous, gooey pudding. 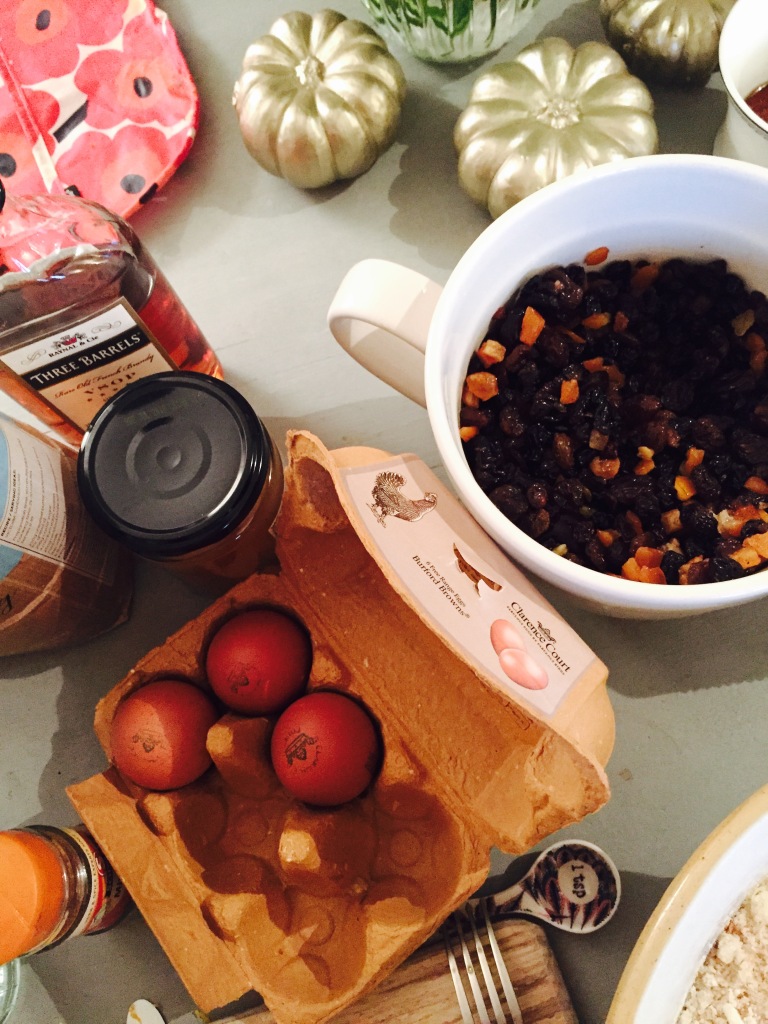 In the end, we went with Nigel, but soaked the fruit for an extra day in sherry and added prunes (soaked in Cognac from here) as per Nigella’s recipe. I tried to get fresh Beef Suet from the butchers but he was all out, so instead bought the dried, shredded stuff – however it wasn’t the standard Atora brand, which is low fat and so therefore will never be a full-flavoured as the real stuff. But you can use whichever suet you wish! (Note: Nigel’s recipe is for two puddings, I thought that was a bit ambitious so halved the amounts and it still made enough for one and a half puddings.) 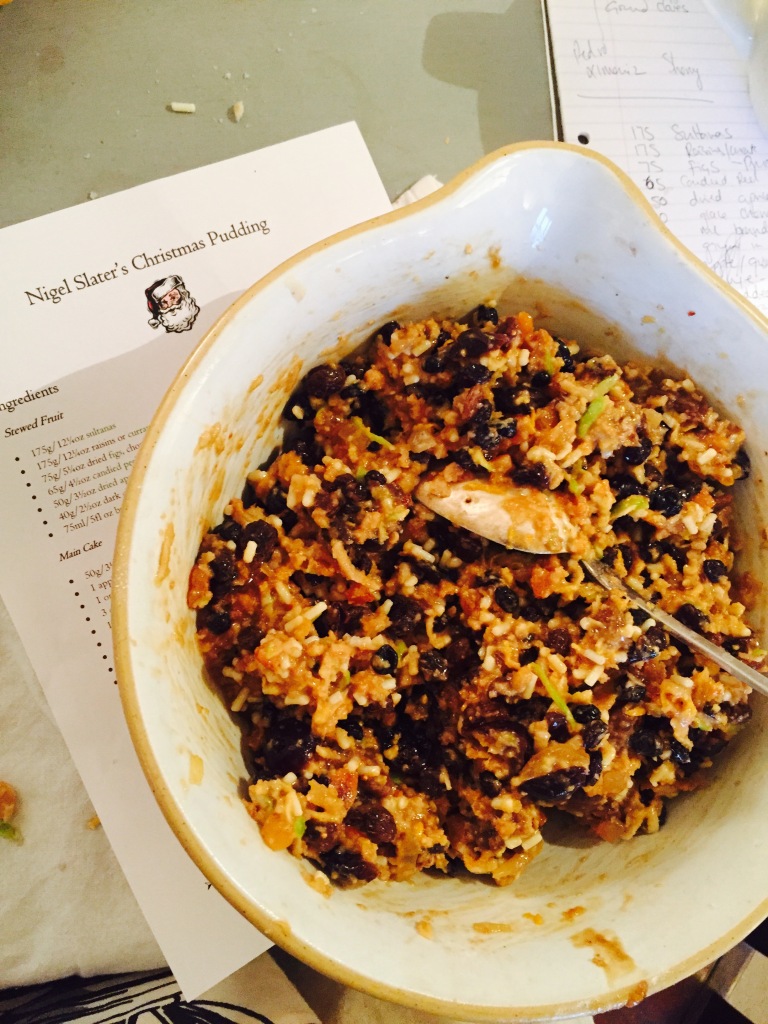 We stirred and mixed and cleaned our coins in Coke, and added fruit bit by bit and stirred again, and even let Peppa Pig have a go. Before throwing in our coins and making a wish. 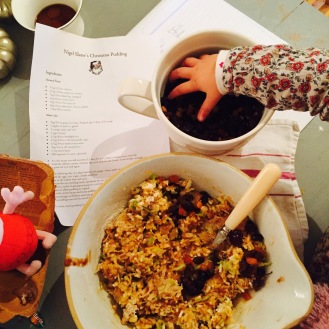 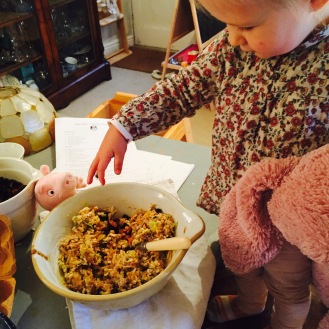 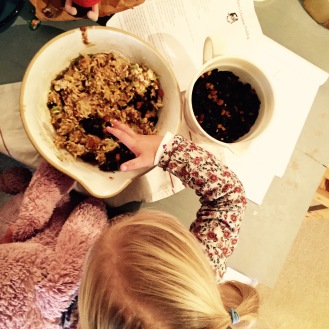 And then it was on with the lids and a solid steaming for three hours. 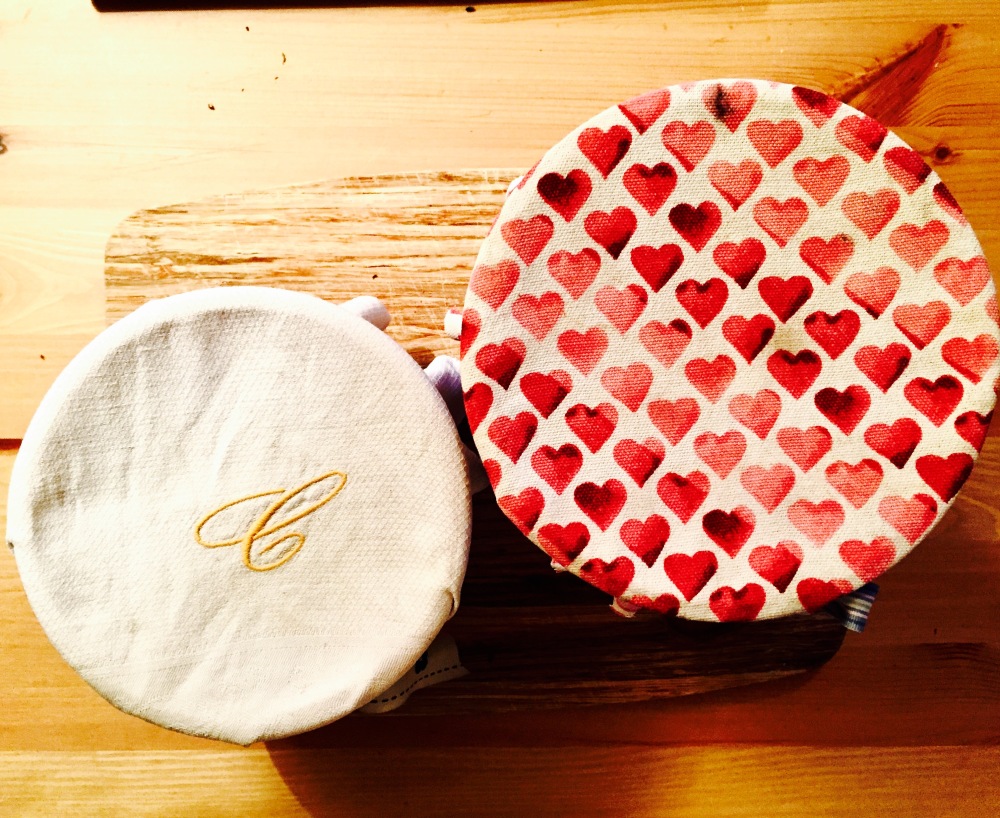 It was fun to spend some time with Munchkin, mixing things together, throwing in coins and making wishes. Happy Christmas memories… 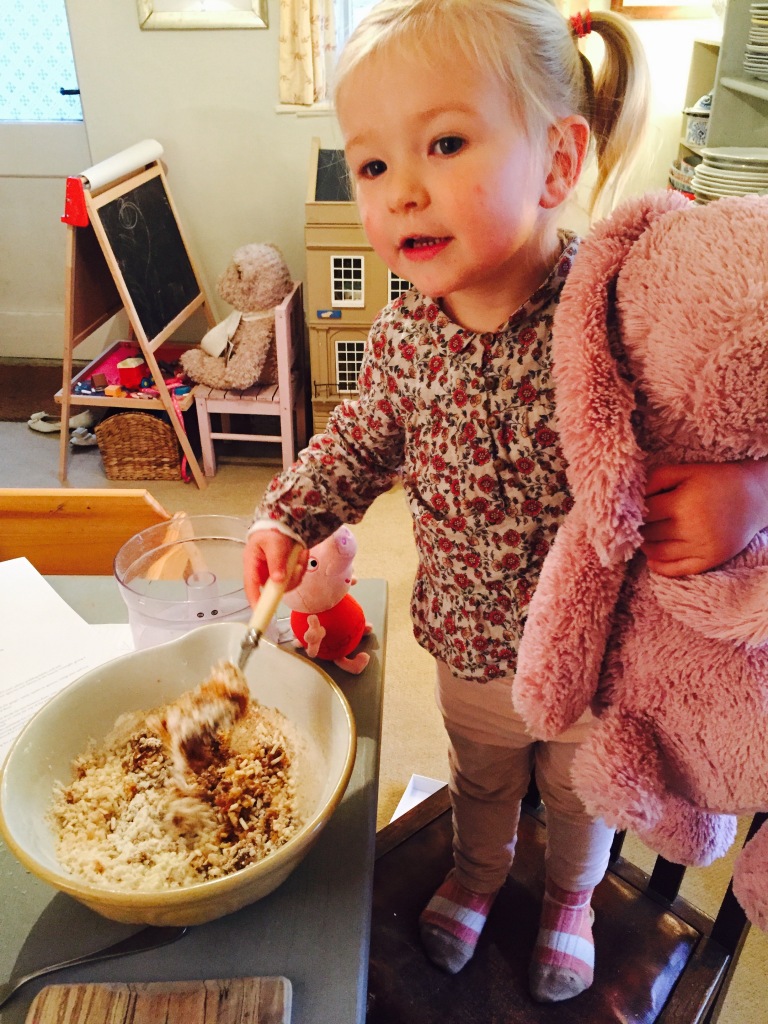 And it’s not too late. Get stewing, and stirring, and steaming! All recipes and extra info in Xanthe Clay’s great article here.