We watched The BFG at the weekend. Not only is it one of my favourite books, but it’s also a reminder of how great Roald Dahl was at writing brilliant heroines. Matilda, Sophie, even Miss Honey – all in their different ways clever, kind, thoughtful, brave women.

But it is perhaps Sophie who is my favourite.  Sophie – named after Dahl’s gorgeously lovely grandaughter Sophie of Sophie Dahl fame – (and also the name of my lovely, crazy, quirky little sister) – who is such a fantastic heroine, such a wise and kind little girl, she makes a great role model for little – and big – people everywhere.

When things are transferred to screen, there is a tendency to ‘Hollywood’ the reality of the books. Pristine little girls in perfect outfits skip about the screen, their smooth hair swishing here and there, cute, pouty faces mooning at the camera. But not in The BFG.  The Sophie they cast (gorgeously played by Ruby Barnhill ) is preppy, clever, bespectacled, with a terrible haircut, who spends most of the film running around in a soaking wet nightie. Even later, when she gets dressed, she cobbles together an outfit made up of what looks like an old sheet, tied at the waist with a curtain tassel and completed with an ill-fitting jacket. Style-conscious perfection this is not.

She is a wonderful balance of qualities too – sensible but brave. Cautious of new people, but friendly. Kind but not self-effacing. She’s persuasive and passionate, but she’s also patient and thoughtful. She is questioning. “It’s all rather hard to believe” she says to BFG. But trusting too. Jumping into the world of dreams without prompting. She loves books. She is clever and confident. She is nothing like the ‘heroines’ we expect. She not especially pretty or cute or sweet. But she’s a survivor – and she demonstrates using not her feminine wiles, but her brains, to survive.

In fact, surrounded by huge, farting giants, Sophie is feminine brains amongst dull male thickness. It might be an obvious metaphor – but it’s a powerful one. And there are messages here for boys too. “Girls like this are cool” the film says. “They make things happen.”  Plus – most profoundly – the film says that being small doesn’t mean you have to be in any way lesser. Bravery and kindness are what is celebrated. Size doesn’t matter. 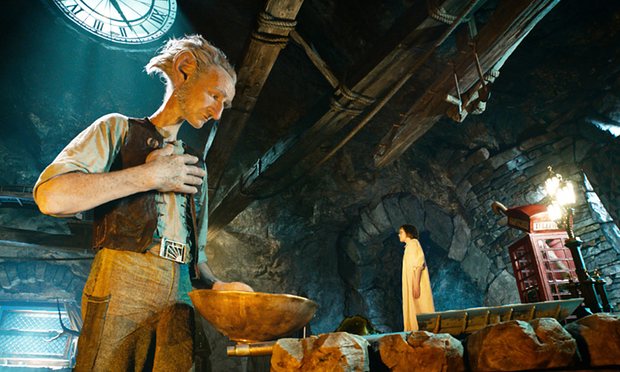 And Sophie’s effect on those around her is wonderful. It’s up to Sophie to give the giant his power back, to tell him that he speaks well, to encourage him to be best he can be. For his part, The BFG is interested in Sophie, in what she has to say, what she thinks – in a world where so often adults are not interested in what children have to say, he listens to her wisdom, considers her ideas, shares her enthusiasms. 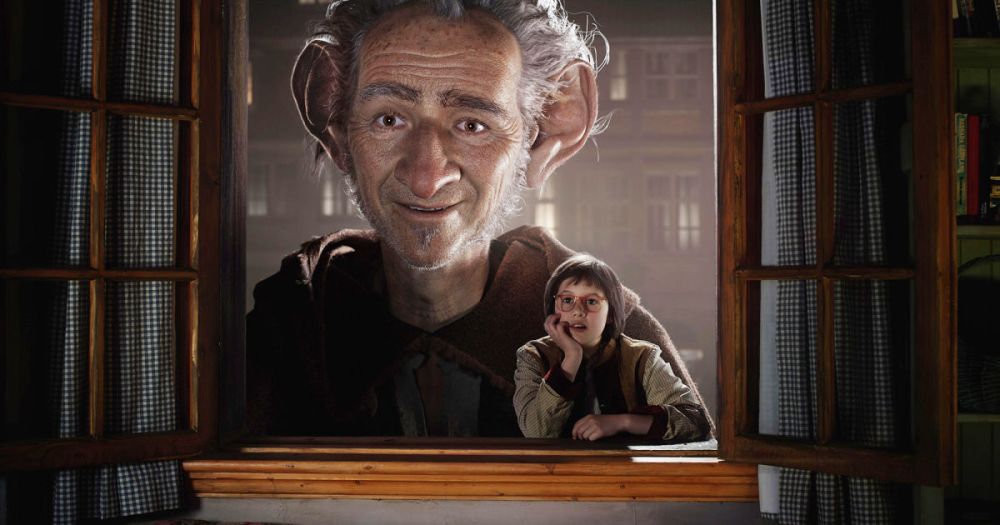 At it heart, the book – and the film – gives a voice and a place to an old man and a little girl. Two demographics so often under-represented in modern culture. And the effect will make your heart soar. 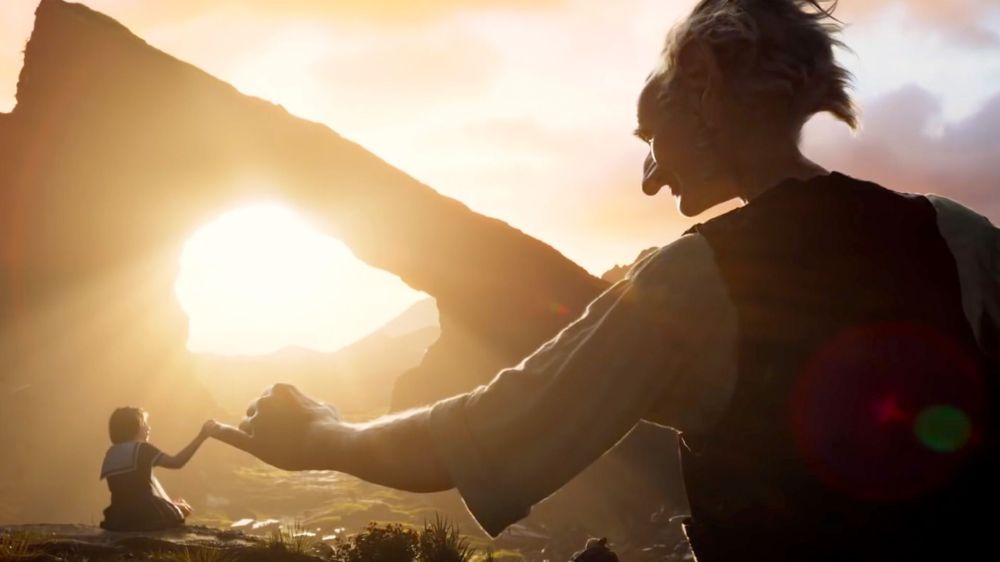 “Dreams is full of mystery and magic . . . . Do not try to understand them.”
Roald Dahl, The BFG