Charming and chic, old but new, Monte-Carlo is unlike anywhere else in the world….

We were in Monaco at the weekend for work. I was there to see and write about the annual Rallye Monte-Carlo 2017, as well as generally get a sense of this unique city. And I took R along to explain things about cars to me.

Monaco – a city state (Monte-Carlo is a district within it, sort of a Manhattan or Mayfair, if you will) – sits in the French Riviera, on the very edge of the south coast of France, moments from Italy, and just down the road from Nice. It is about the size of Central Park in New York and has just 3,600 inhabitants. 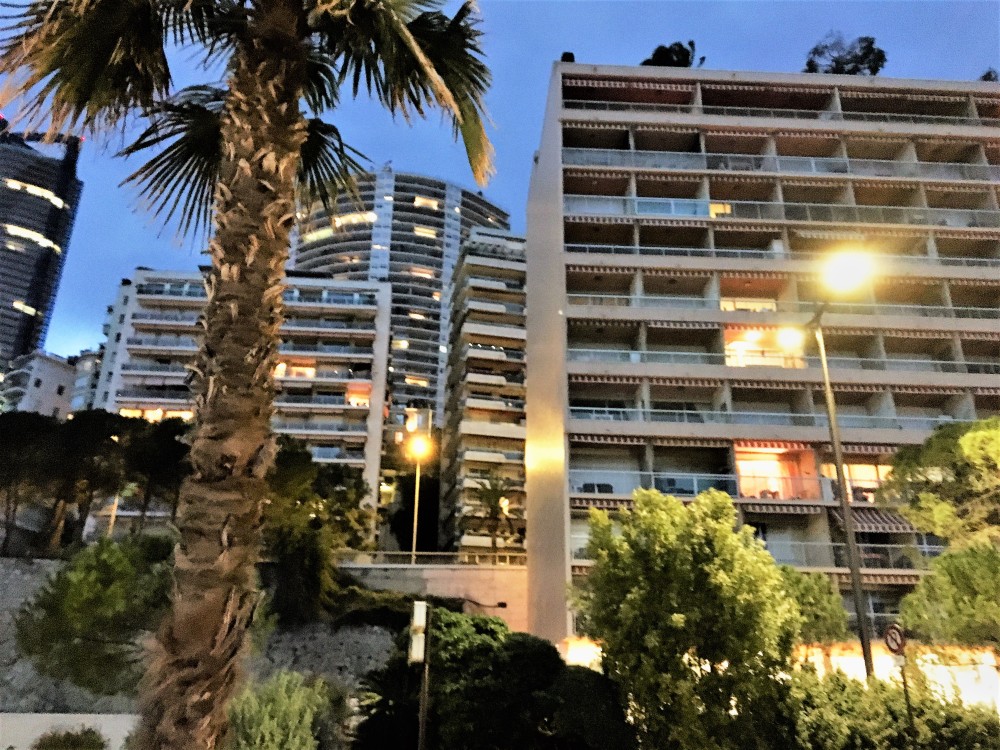 It has always had a reputation for attracting the rich and powerful, the bling and the beautiful. What it lacks in space it makes up for in ostentatious shows of wealth and glamour. I have never seen yachts – or cars – like it. Having scrapped income tax  in 1869, (as well as getting rid of capital gains and inheritance taxes) it is a mecca for people who want to hold onto their money.

Famous also for the Monaco Grand Prix, run on a street circuit (as opposed to a track circuit, such as Silverstone) in the city since 1929, it is home to the likes of Jensen Button, Lewis Hamilton, Novak Djokovic, Tina Green, wife of Sir Philip Green, and Sir Roger Moore (of course).  Everyone in Monaco is beautiful, or trying to be. No expense has been spared from the expertly coiffed roots of their hair to the tips of their perfectly manicured toes (men included). Monaco has a reputation for being all about uber-glamour, uber-wealth, uber-style. And it is exactly like this on all counts.  There is almost no point coming here if you don’t have heaps of cash to fritter away on food and drink,  an entire wardrobe of new clothes to wear and nothing to do but see and be seen.

I said almost. Because, there are moments of charm and class here too. The French/Italian effect has rubbed off and the place has a chic but charming feel.

The food is all fantastic, Mediterranean-inspired, fresh fish, pasta and seafood abound; the weather is mostly glorious, the sunshine bouncing off the sea, even in January, life al fresco happens here all year round; and the views across the city are beautiful, the whole place stacked up on the cliffs, buildings with huge windows purposefully pointing towards the curving coast and the vast harbour, sails and masts rising proudly skywards.

Take some time to walk along the beach and the harbour, the curving coastline and the views out to sea are wonderful. 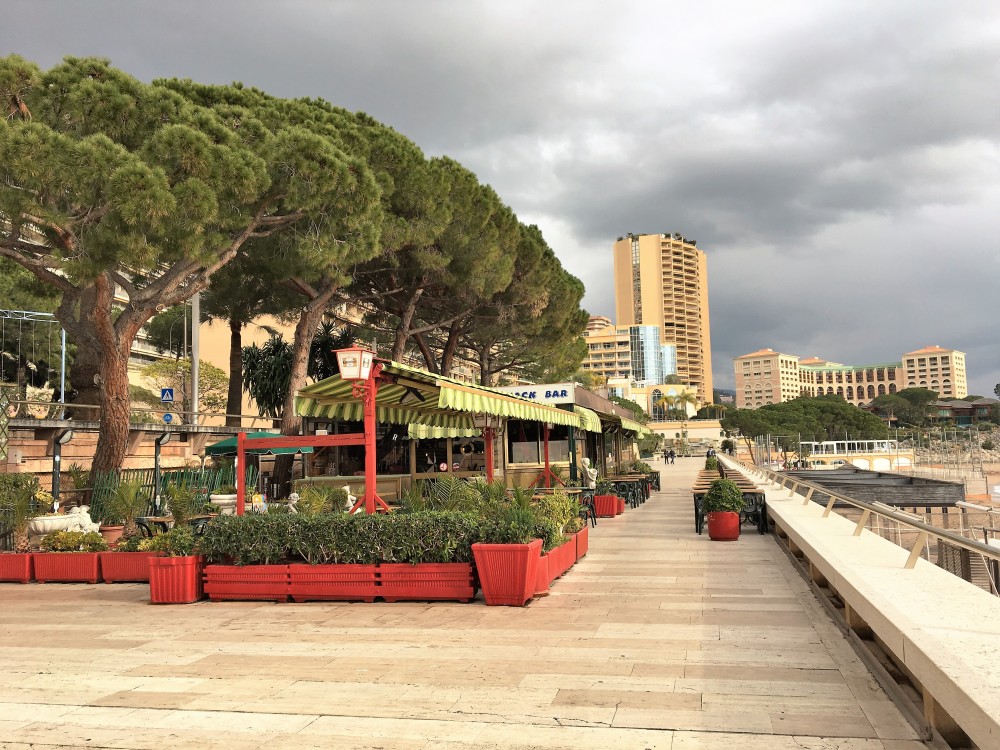 Stop for a coffee at a harbourside cafe, or a craft beer at La Brassiere de Monaco, whose terrace is a perfect sunspot. 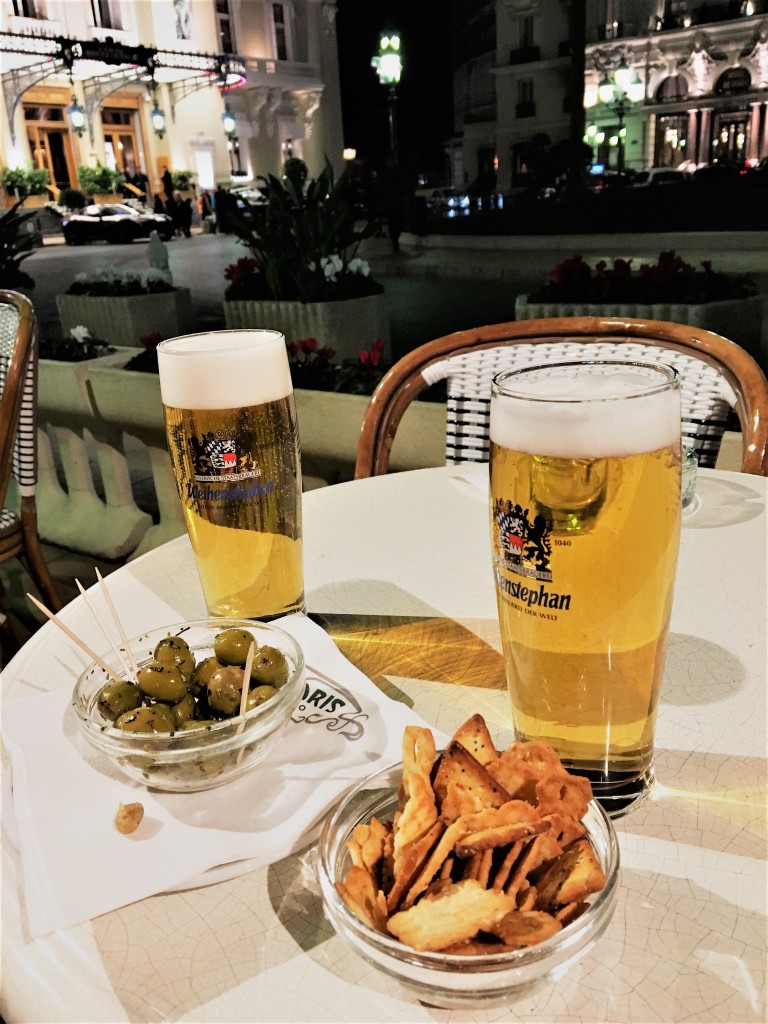 Spend a morning walking up to the Old Town from the harbour – graduated steps make it much easier than it looks. You’ll end up in Place de Palais – with its stunning views – before heading through the narrow cobbled streets of the old town, a little bit touristy now, but beautiful and full of character.

Stop at Fredy’s on Place St Nicholas, for a beer and a salad, a quiet suntrap, perfect for a bit of people-watching.

Keep weaving through the streets, marvelling at how a place so famous for being so bling, could also be so beautiful.

There is a wealth of Michelin stars up for eating in Monaco if that takes your fancy, but there’s also plenty of local restaurants too. We loved Quai des Artistes on the harbour, specialising in fish and seafood and very very French, even down to the wonderfully grumpy service. For dinner, neighbourhood favourite Il Terrazzino is a lovely little no-frills Italian, with great food, a friendly vibe and relatively cheap prices (for Monaco). Start or end your evening at Le Bar Americain, at Hotel de Paris, the most beautiful hotel in Monaco, situated on Place de Casino, with views over the gorgeous casino building. This is the place to be in Monaco, beautiful people everywhere you turn and drinks at dizzyingly high prices. But it’s worth it for the sense of Monaco atmosphere. Even the singer in the band looks like a supermodel. Dripping in diamonds, a figure-hugging dress snaking over her hips. Order a small wine, sip it slowly, revel in how out of place you are, enjoy every moment. 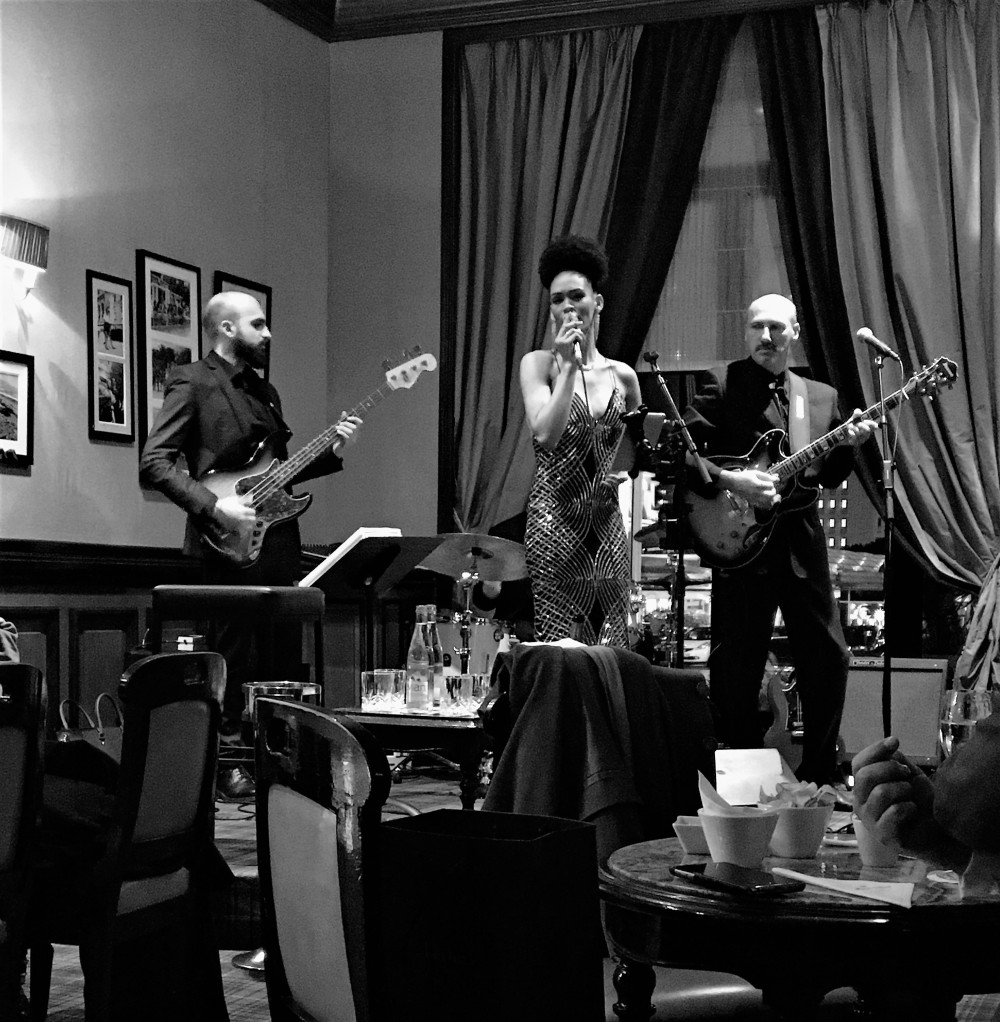 The Rally itself was a fun spectacle too – lots of wonderfully vintage cars, with cool and crazy additions and modifications.

It was like an over-zealous episode of Top Gear, major car enthusiasts racing their motors into Monte-Carlo from as far afield as London, Lisbon and Copenhagen, all jostling for position, impatiently revving their engines before lining up in style on the harbour.

We left on Sunday afternoon, jumping in our helicopter transfer to Nice Airport – quite the only way to travel to and from Monaco, if you can afford it….. 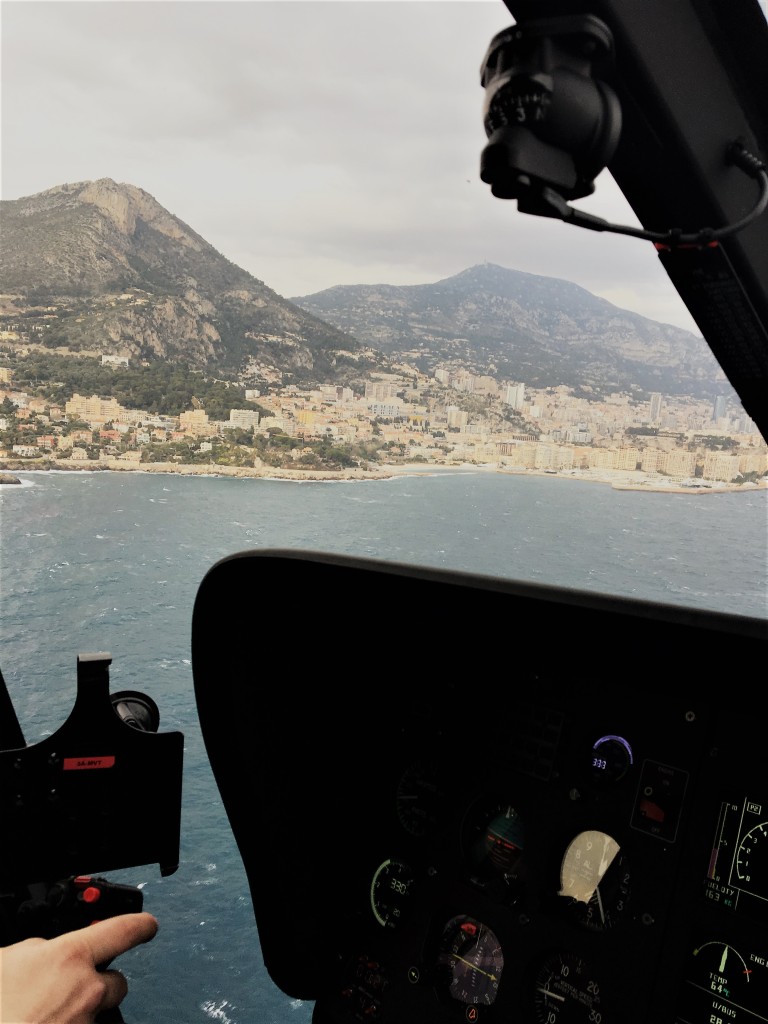 So – I’m not sure I’d go back to Monaco – but it’s worth a stop-off if you’re on that coastline. It has something classic and vintage about it – think original Bond meets Poirot – colonial, cosmopolitan –  but also very Euro-chic – and a total world away from anything you’ve seen before.